this week, apple pushed a system update for the official version of IOS 14.3. A kind of

in addition, IOS 14.3 also focuses on fixing a series of problems existing in the previous system, improving the stability of the system. A kind of 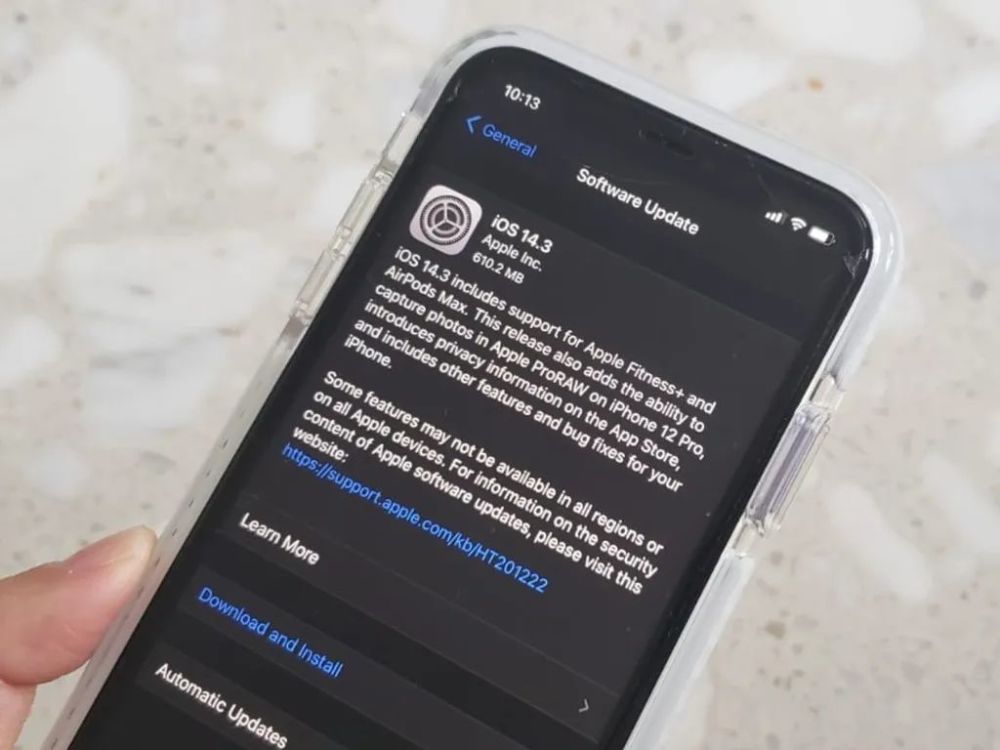 in addition to bringing new functions and fixing bugs, many users are concerned about the endurance of the new system. After all, good battery life is the essence of everything. A kind of

iapplebytes, a well-known up tubing owner who has always been keen on testing the endurance performance of each new version of IOS, has also brought us the endurance test of IOS 14.3 and compared it with IOS 13 system. A kind of

it may be because the factory system of iPhone 12 is IOS 14. Apple will bring some exclusive optimization for the new iPhone in the new system, and the iPhone 12 needs continuous updating to get a better experience. A kind of
The endurance test method of

iapplebytes is the same as before. A kind of

when all devices are fully charged, the battery health is above 95%, and the screen brightness is set to 25%. Turn off the automatic brightness adjustment, all devices adopt the same settings and connect to the same WiFi network. A kind of

the test project is still the battery benchmark of geekbench 4, which can measure the battery life of the device when running processor intensive applications. A kind of the test results show that under the IOS 14.3 system, the iPhone XR has the best endurance, surpassing the iPhone 11 with larger battery capacity, and the iPhone 6S has the worst endurance. A kind of

the endurance results of the seven models are as follows (from large to small): 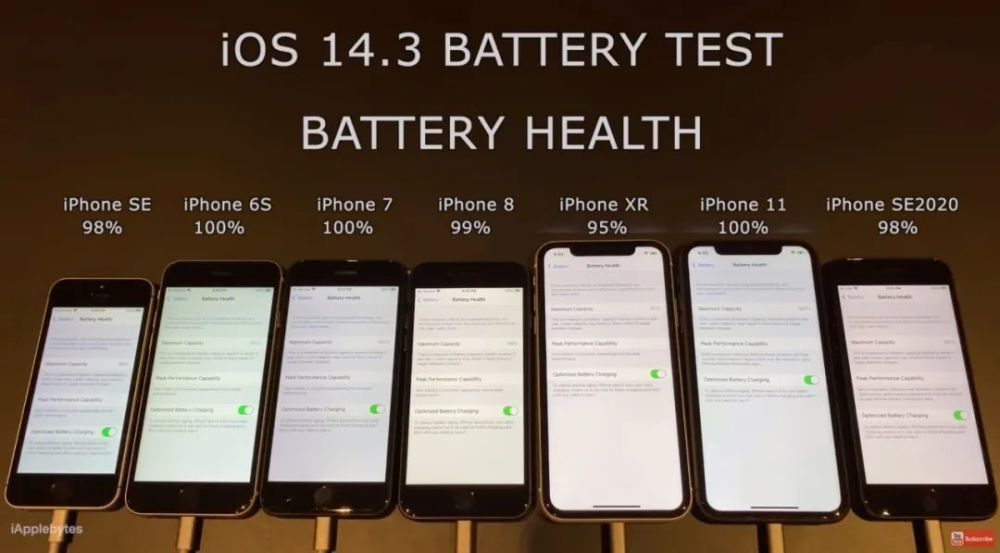 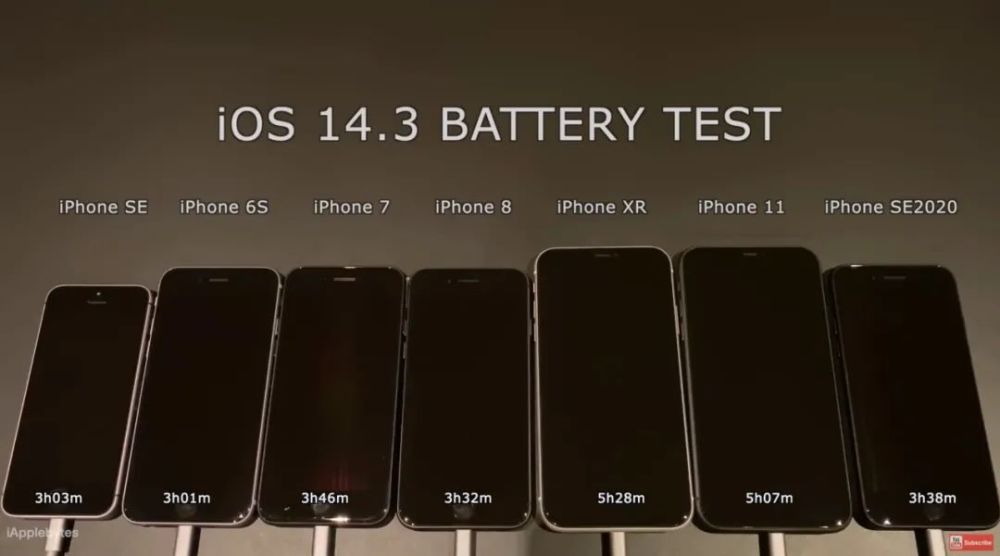 compared with IOS 14.2 system, the battery life of the seven models has been increased or decreased to varying degrees. A kind of

the service life of the iPhone se, iPhone 7 and iPhone 8 has increased by 7-9 minutes, while the other models have decreased slightly, but the gap is within 10 minutes. A kind of

considering the test error, the battery life of IOS 14.3 is basically equal to that of IOS 14.2. A kind of

iapplebytes produced battery scores for seven devices from IOS 13.3.1 to IOS 14.3 (left to right). A kind of

we can see a change in battery score in general. A kind of

there is no significant difference in battery life of iPhone se, iPhone 6S, iPhone 7 and iPhone 8. A kind of

the relatively new models, the iPhone XR, iPhone 11 and iPhone se2, did not score as well as the IOS 13 battery on IOS 14. A kind of

battery score of each model of IOS system in the past generations:

overall, compared with IOS 13, the battery life of IOS 14 system is not excellent. Apple still needs to continue to optimize the battery life of devices in future system versions. A kind of
I want to know more about Apple equipment knowledge and skills and ask for warranty, so you can pay attention to my WeChat official account: cxkj-001 (fruit powder Club). A kind of