although there has been talk of an “Asian version” of NATO since the last century, its purpose and supposed membership have always changed.

in times of tension on the Korean peninsula, the hypothetical “Asian version” of NATO was made up of the United States, Japan, and South Korea. When the situation in the South China Sea heated up around 2012, the core of the rumored “Asian version of NATO” turned into the “US-Japan alliance +N” — that is, the so-called “US-Japan alliance” with the us and Japan as the core and enticing some Southeast Asian countries. In recent years, after the “Indo-Pacific Strategy” proposed by the United States, the four-nation mechanism of “Us-Japan-India-Australia” has become an important support for the idea of “Asian version of NATO” at this stage.

and with Australia recently officially invited to participate in this year’s Malabar exercise, all members of the coalition of four are taking part in the annual exercise. Foreign media paid close attention to this latest development and emphasized its symbolic significance, believing that it foreshadows the rapid evolution of the international order.

so, the Wolf of “Asian NATO” is really coming this time? 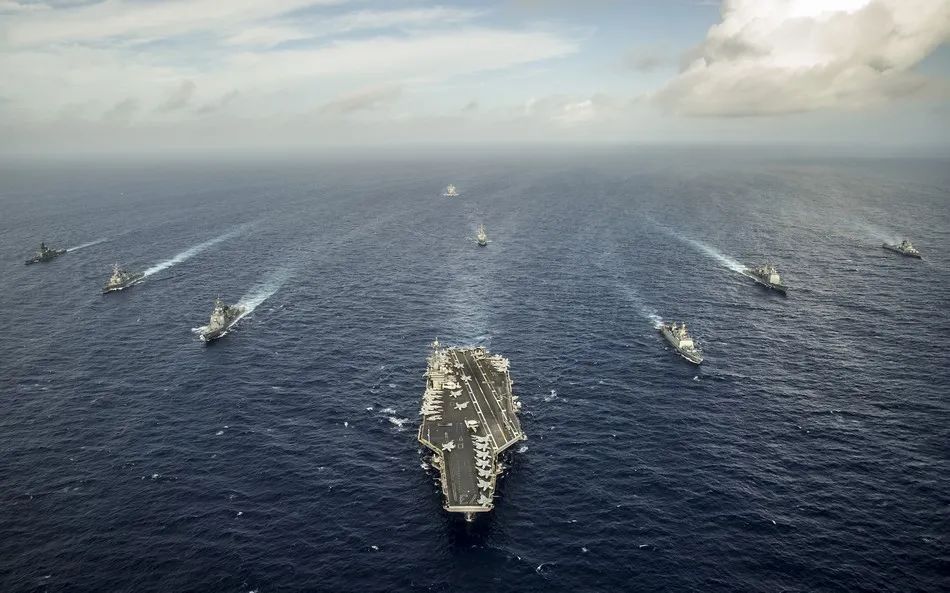 Malabar was originally a joint exercise between India and the us, but its scope was subsequently expanded, with Japan invited to participate in 2007 and becoming a full member in 2015. There was also a stir in 2017 when the carriers from the US, Japan and India gathered for the Malabar exercise.

admittedly, there have been some alarming developments in the so-called “Asian version” of NATO in recent years, especially breakthroughs in military cooperation with the “four-nation alliance”, compared with earlier forms rather than contents.

in 2017, Japan, India and Australia resumed their quadrilateral security consultations after a 10-year “hiatus”. In 2019, the four countries upgraded their diplomatic dialogue mechanism to ministerial level. This year, the US-Japan-India-Australia cooperation in military, intelligence and other fields has entered a fast track and made substantial progress.

especially among the four countries, India, which had previously taken a negative stance on military alliances, has also shifted aggressively this year. India wants to explore and deepen any coalition of countries that can serve as a source of symbolic and substantive support at a time of heightened tensions along the China-India border, according to Hindustan Times analysis.

> back then, NATO was built first because its members had a common adversary — the Soviet union. With the collapse of the Soviet Union, it is hard to see how the vast ALLIANCE can ever be united again, and in recent years it has come under constant attack from its key members. What are the possibilities, or prospects, of an even more anachronistic “Asian NATO” now? Obviously, the supposed enemy of the “Asian version of NATO” — China — is not a real threat, and the participating countries are inextricably linked with the supposed enemy.

perhaps some of the statements made by the south Korean ambassador to the United States tell the truth.

“just because Korea chose the us 70 years ago, it must choose the us for the next 70 years. If South Korea continues to choose the United States in the future, it can only do so because it is in South Korea’s emotional and national interest.”

“we should think deeply about the future of our alliance with the United States, and we must take into account the fact that China is [South Korea’s] largest trading partner.”

this is precisely what the “friends” the us has in common think. Kang Kyung-wha, South Korea’s foreign minister, has expressed a similar position on the talk of drawing South Korea into the “four-nation dialogue” — that the selection of specific countries does not serve national interests, that the Alliance between South Korea and the US is the “anchor” of the security framework and that China is South Korea’s largest trading partner. 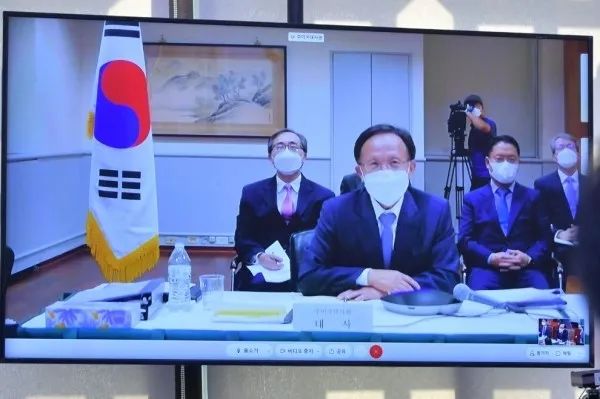 is not just South Korea, but other countries are making similar calculations. The U.S. has been encouraging India to play a more active role in the Indian And Pacific oceans, partly in keeping with India’s ambitions to become a prominent power. But India, which prides itself on being a non-aligned country, has long been reluctant to agree to any formal military alliance, and it has a tradition of making multiple bets on a larger geopolitical dimension. According to US media reports, India has repeatedly rejected Australia’s request to participate in the Malabar military exercise in recent years due to concerns over China’s feelings.

even in the midst of a sharp decline in sino-australian relations, Australia hopes to take the initiative while relying on the United States to avoid becoming a vassal. On July 28 local time, Australian Foreign Minister William Penn said at a joint press conference with U.S. Secretary of State Mike Pompeo that Australia does not fully share the United States’ views on all issues. “Our relationship with China is important, and we do not intend to harm our relationship with China,” he said.

the so-called “China threat” that most countries experience is a cliche redolent of the cold war in the United States, and when it comes to real national interests, solid economic data about China doesn’t lie. Containment, containment, confrontation, hegemony… Should be relegated to the dustbin of history, it may not be easy for the “Asian VERSION of NATO” to come back to life.

2020-10-21
Previous Post: The ventilator donated by Russia was disposed of as garbage by USA
Next Post: Three people have been killed and one wounded in a shooting in Houston