in March, the Russian government donated 45 ventilators to relieve the pressure on some U.S. hospitals when they were running short of epidemic supplies.

> however, according to a new report by Forbes news and other media, the ventilators not only failed to work, but were now thrown out by the us government…

more intriguingly, some of the us media, which dislike Mr Trump, seem to see this as evidence of the President’s “Russian connections”.

according to a Forbes report, in late march, President trump had a phone call with Russian President vladimir putin about the covid-19 situation, and then Russia donated 45 ventilators and a batch of masks to the us on April 1, with both sides paying half of the freight.

> Reuters, who reported the story at the time, said the offer to donate ventilators and other supplies was made by putin, and that trump happily accepted the offer.

and because most of the western mainstream media and trump’s political opponents dislike trump, since trump became President, they have been speculating that he won the 2016 us election with the help of Russian people, so this special donation has also attracted a lot of public attention.

Reuters, for example, was able to dig up a shipment of Russian ventilators donated to the United States, which was made by a Russian “state-owned” company under U.S. sanctions. The United States generally donates humanitarian supplies to others, not to the recipient, Reuters said.

but the ventilators made it to the United States and were assigned by the federal emergency management agency (FEMA) to the New York area, which was hit hardest at the time. But more embarrassing things followed.

> first in mid-may, Russian media reported that the avata-m ventilator was linked to fires at two hospitals in Moscow and st Petersburg on May 9 and 12, in which several people died, prompting the authorities to suspend the ventilator in Russia. 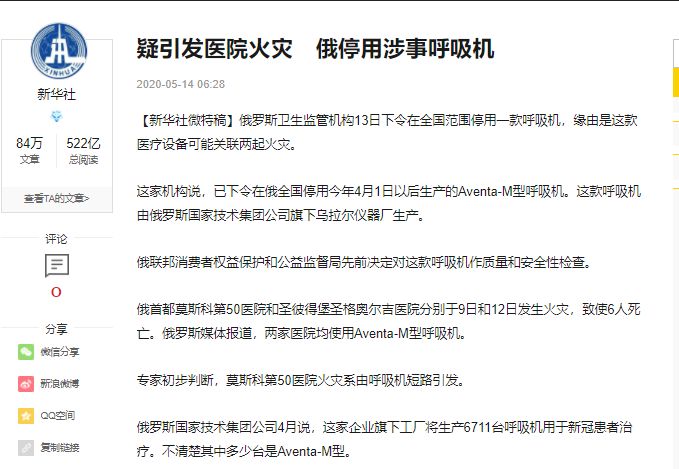 and when the news reached the United States, New York returned the 45 russian-donated ventilators to fema, according to CNBC news. The ventilators have been eating ash in U.S. warehouses ever since.

screenshots from the CNBC report

> in return for donated ventilators, the U.S. government donated $5.6 million worth of medical supplies, including 200 ventilators, to Russia in late may, according to NPR and others. While the Trump administration said the mutual assistance demonstrated the spirit of humanity in the fight against the epidemic, the Anti-Trump Media in the United States generally believed that the United States had suffered greatly and reinforced the belief that Trump and the Russian government had “a different relationship.” 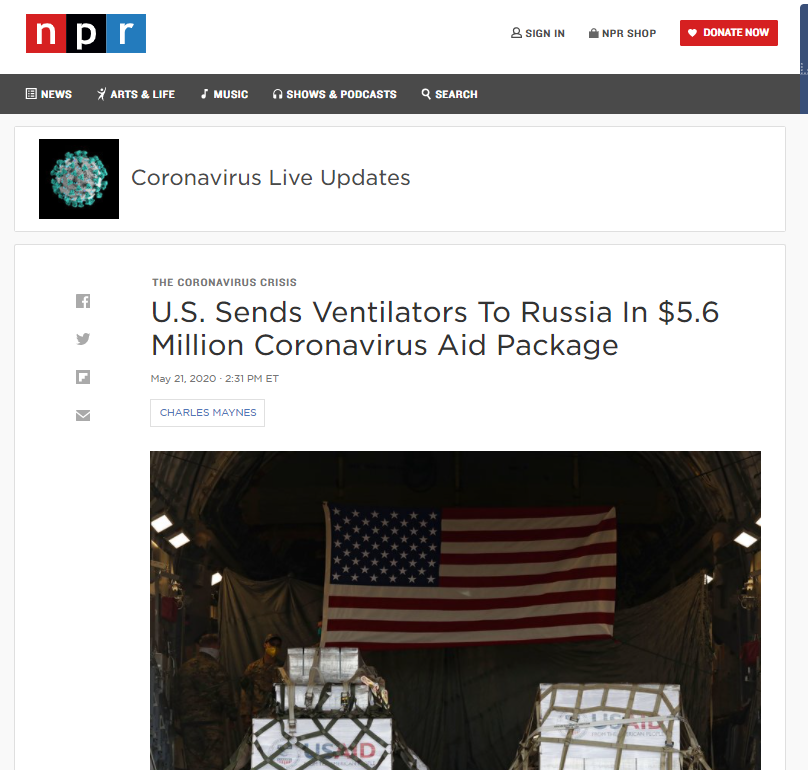 now, the triggered by the 45 breathing machine has ushered in a “soap opera” rather “dramatic” end – according to American Buzzfeed network, a spokesman for the federal emergency management agency said recently that they have the 45 has never been used Russian breathing machine according to the hazardous waste garbage processing standards to “throw away”.

and, in addition to the suspected fire problem, the Russian ventilators were also said to be incompatible with U.S. voltages and the hospital was unable to fix the problem. 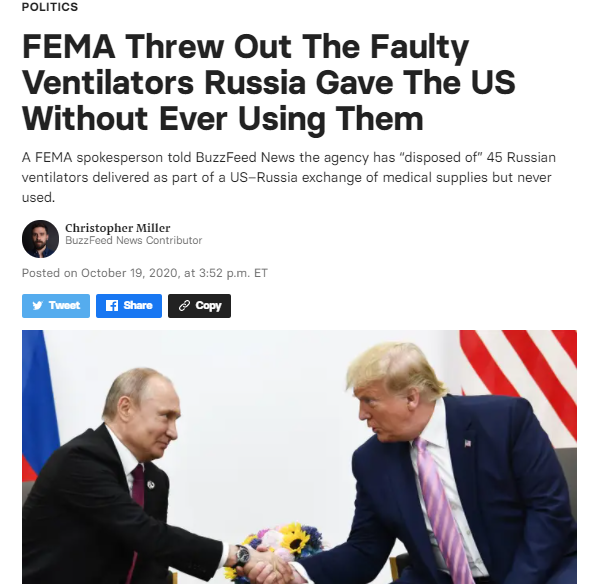 , however, the news caused resentment in Russia. According to Russian media reports, Russia called the US action disrespectful to Russia, arguing that the voltage is not compatible and that a converter could solve the problem. It also said the expensive ventilator had saved many lives in Russia and was being used in many other countries, as if americans were “unsophisticated”.

as for the fire, Russian media also reported that hospitals had been allowed to use the ventilator again in July, saying that an investigation into the previous fire had shown that the ventilator was not the cause of the accident. 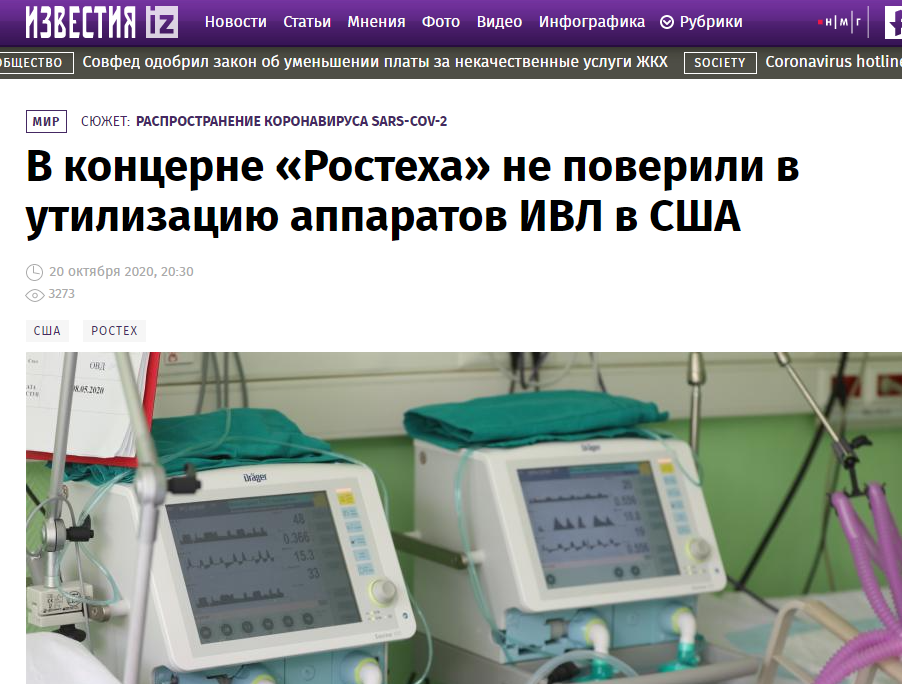 screenshots from the Russian media, said the Russian side of the practice of the United States

but no matter what the russians say, the matter is irrevocable. And whatever the reason for the mutual help, the way it ended means there are still plenty of obstacles to improving relations. At the same time, this news comes at a time when the US election is just around the corner, and it is likely that Trump will again be labeled as “Russia” and subjected to criticism.