Allies are cutting seats, and Mr Trump will face them again if he loses a second term

should he lose re-election
With less than three weeks to go until election day, polls show democratic presidential candidate Joe biden in the lead. Reports say that if Trump loses the election, he will face multiple investigations involving alleged fraud against him and his businesses after he loses the protection of the presidency.

Moreover, in the heat of the campaign, Allies within the republican party have begun to “save themselves” and draw boundaries with him.

if he loses, trump could face litigation over the “floodgates”
“His departure will make things much easier for prosecutors and plaintiffs in civil suits against him.” As former federal prosecutor Harry Sandick points out, “He demanded greater protection in both criminal and congressional subpoenas, based largely on the fact that he was the sitting President.”

US President Donald trump removes his mask from the balcony of the White House in Washington on October 5. Figure according to xinhua/Reuters

“They know they can’t Sue right now, so they’re more likely to do their research and be prepared.” Jennifer Rogers, a former federal prosecutor and CNN legal analyst, noted that “once he loses and leaves office, these things move very quickly.”

Thus, the loss of trump’s protection as President would open the floodgates to multiple lawsuits if he lost his re-election bid.

New York attorney general leticia James is investigating whether trump and his company manipulated the value of assets to mislead lenders and tax authorities. Cyrus Vance, the Manhattan district attorney, is also investigating two hush money payments involving Trump and is seeking to open a grand jury investigation into a range of possible crimes involving tax fraud, insurance fraud and falsification of business records by Trump and his associates.

Washington, d.c., and the Maryland attorney general sued trump in 2017, accusing him of job corruption and putting his personal financial interests ahead of those of the American people. State investigators have prepared more than 30 subpoenas that include subpoenas against the Trump Organization and its associates. Trump countered by suing to block those lawsuits. The Supreme Court has not yet decided whether to hold a hearing.

former Elle columnist Jane carroll (E. Jean Carroll accused Mr. Trump of raping her in the mid-1990s and offered to compare samples of male genetic material on a dress she was wearing that day.

And Summer Zervos, a contestant on the us reality show the apprentice, accused Mr Trump of sexually assaulting her in 2007. After Trump denied the assault, Summer was harassed and threatened and filed a libel suit, according to court documents. The case is pending in the New York State Court of Appeals over whether a state court has jurisdiction over a sitting President.

In addition, trump’s niece, Mary trump, is suing for fraud, accusing him and his siblings of depriving Mary of interest in his family’s real estate empire.

In these civil suits, Mr Trump has avoided testifying or giving DNA evidence. But “once he’s no longer President, all those protections will be gone,” Mr. Sandique said.

US President Donald trump and democratic presidential candidate Joe biden took part in the first televised debate on September 29. According to xinhua

Also, if biden takes office, it is a wild card as to whether a decade-long tax audit, now led by the internal revenue service (IRS), part of the U.S. Treasury, will be upgraded to the justice department, the report said. According to the New York Times, the IRS is investigating A whopping 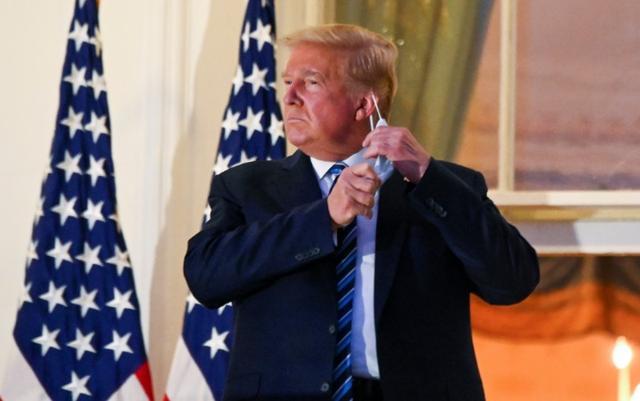 Meanwhile, a less obvious factor that will change after Mr Trump leaves office is the diminished power of the accountants, bankers and key figures in his inner circle who are key witnesses for the authorities concerned, lawyers say. “They are less afraid to talk about people who are no longer President.” Rogers added.

desperate to save themselves, the republicans began to draw the line

Over the past four years, republicans in congress have dodged and ignored many of trump’s controversial statements, the New York times reported. Now, however, republicans on Capitol Hill are openly distancing themselves from Mr. Trump in the face of polling data, a flood of political money for Democrats and a threat to their Party’s senate majority. 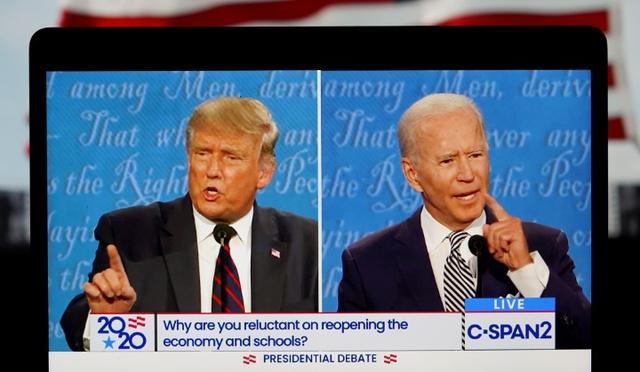 Nebraska republican senator Ben sass has cut some ground on trump’s covid-19 response, accusing him of “flirting” with white supremacists and risking a “republican bloodbath” in the senate by alienating voters. Senator Ted Cruz, Republican of Texas, had warned of a “Watergate-scale Republican bloodbath”. Even Senator Lindsey Graham, One of Mr. Trump’s most vocal Allies, predicted that he would probably lose the White House. And mitch McConnell, the most taciturn of senators, recently made an unusual admission of his differences with the President.

As former White House spokesman alex Conant points out, voters are the ultimate determinant of the relationship between republicans and trump, and when “you’re on the verge of what could be a historic defeat, there’s less of a desire to get along.”

The report says the change of heart three weeks before the election is indicative of how many in the party are judging the race. Now they are scrambling to save themselves and rebuild their reputation and image for the difficulties that lie ahead for the Republican party.

2020-10-19
Previous Post: Something so magical actually happened! The International Olympic Committee issued a series of warnings
Next Post: Convinced that novel coronavirus did not exist, web celebrity died of new crown