modi said the government had distributed about 160 billion rupees to the bank accounts of about 3.5 million farmers. A kind of

demonstrations against the controversial agricultural bill in India have been escalating. Prime Minister modi attended a large-scale “farmers’ welfare” event held in Madhya Pradesh by video on the afternoon of 18th, and delivered a speech on the agricultural bill to win the support of farmers. A kind of

according to the times of India on the 18th, modi said in his speech that the government had distributed about 160 billion rupees (1 rupee about 0.1 yuan) to the bank accounts of about 3.5 million farmers in Madhya Pradesh. He explained to farmers that the introduction of the agricultural bill was based on full discussion by successive governments over the past 20 years. In his speech, the Indian Prime Minister clasped hands and urged the opposition party to “stop misleading farmers.”. He asked, after nearly half a year since the implementation of the agricultural bill, why did farmers “suddenly” rush into the streets? In response to the so-called “cancellation of safeguard purchase price”, which is the most controversial issue in the bill, modi promised that the system would continue. A kind of

the farmers’ protest in India has lasted for more than half a month, and several rounds of negotiations between the government and farmers’ representatives have failed. About 32 representatives of farmers’ unions launched a hunger strike this week, according to India’s news18 news network. Some leaders of the opposition party also made high-profile speeches to support the protest against farmers. In an effort to prove to farmers that the agricultural bill will not harm their interests, the Indian government launched a “10 point plan” action, one of which is an open letter to farmers sent by agriculture minister Thomas on Thursday. A kind of 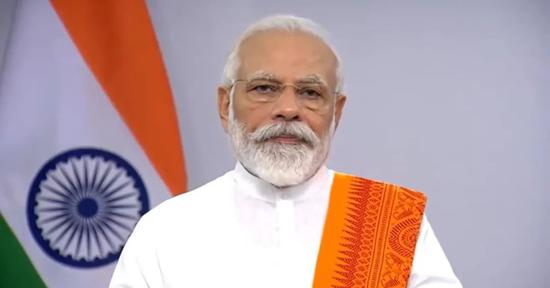 in the eight page letter, Tomar said he had the responsibility to eliminate farmers’ misunderstanding of the new agricultural bill, urge people to “not believe the lies of the opposition”, and ensure that the safeguard purchase price system will continue and that farmers’ land will not be deprived. India’s supreme court wants the government to consider delaying the implementation of the controversial agriculture bill. The times of India reported that vinugopal, the Prosecutor General of India, initially refused to do so, but later made concessions, saying that he would consult with the government on the proposal. A kind of

there are indeed distortions in India’s current agricultural system, and the new bill is indeed aimed at alleviating or even eradicating related problems. However, the reform measures that are not trusted by farmers may not be widely implemented. The key to the next stage is dialogue. The new agricultural bill is related to the overall reform of modi government, so it is difficult to make subversive concessions. A kind of