By: itniuren
In: bitcoin
With: 0 Comments

He came out after a thousand calls. A kind of

RMB ushers in an unprecedented upgrade! A kind of

this is not the kind of consumption coupons advocated by the epidemic situation, coupons! It’s real cash! Red envelopes! A kind of

and! The cash issued by Jiangsu is still in the form of digital RMB, which is the second time since the founding of the people’s Republic of China!! A kind of

as we all know, in August 2020, the Ministry of Commerce announced for the first time that it would launch a “super big move” of China’s central bank’s digital RMB pilot project in 28 provinces and cities across the country! A kind of

then! Only two months have passed! Shenzhen took the lead in firing the first shot in the country!! Faster than Beijing, Shanghai, Guangzhou, Tianjin and other cities all over the country! A kind of

at that time, Shenzhen demonstrated to the people of the whole country what is the speed of Shenzhen! It only took more than two months to launch the pilot project of RMB reform, hanging and beating old big brother such as Beijing, Shanghai and Guangzhou!! A kind of

what is more cruel is:

1. The digital RMB campaign launched by Jiangsu has doubled the scale of Shenzhen’s! The number of participants doubled! A kind of

2. Technology is a great leap forward. Shenzhen was the first to open the pilot, but only offline supermarkets could use digital RMB to pay, buy and check out! A kind of

however, this time, Jiangsu’s RMB upgrade is directly promoted to support e-commerce online payment and online shopping! As well as the “offline payment”, the ultimate body of monetary payment, which is secretly studied by organizations all over the world!! A kind of

What is offline payment??? A kind of

that is, we can directly realize “payment” and “settlement” without the need of Internet, which is as simple and convenient as our banknotes… A kind of
This is Alipay, WeChat, China UnionPay, and so on, the third party payment giants of various countries and organizations in the world. They are all researching and developing the ultimate payment technology of money. This time, in Jiangsu finally “appeared”!! A kind of

above: the rise of digital currency makes it easy to pay if it goes up and down
A kind of

many people may not understand this “ultimate payment technology”! How difficult and subversive:

1, Alipay, WeChat and other mobile phone payment software, although very convenient, but one of the biggest drawback is “network”. A kind of

once there is no network, it will be paralyzed! For example, in remote areas, poor signal; such as sudden natural disasters, network interruption; such as war, network damage and so on.. A kind of
Once such a situation occurs, if your money is in Alipay and WeChat, that is social death, so that the whole society will be “chaotic”. A kind of

this is also the biggest reason why the United States, Europe and other countries have not vigorously promoted the third-party mobile payment software. They are all worried about this.. A kind of

2. Defects of paper money. A kind of

paper money is indeed easy to pay and does not worry about circulation problems in extremely bad conditions. But once you encounter a large amount of payment, you need to carry a lot of paper money. A kind of

it’s not convenient at all. The disadvantages of this note are really too big. A kind of

this is the “ultimate monetary technology” that countries all over the world dream of! A kind of
I can’t believe it! The world’s first research and development of “offline payment” technology, this kind of black technology should be us?! A kind of
The technology completely slights cash, bank cards, Alipay and WeChat. I didn’t expect such a magical scene to exist in sci-fi movies in the dark technology. One day, it actually came to our eyes. A kind of
Jiangsu, it’s really amazing! A kind of

a lot of cash is about to be replaced.. A kind of

in other words, all citizens cannot refuse to accept digital currency. A kind of
Alipay and WeChat pay the other three party Internet payment, which is the settlement of commercial bank deposits and currency. It belongs to the digitalization of M1 and M2 level. It does not have the legal effect of M0 level, and is even more unlikely to replace M0. A kind of 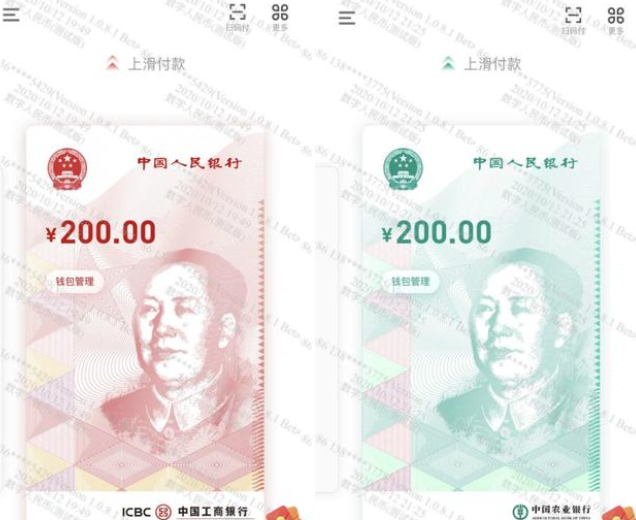 A kind of
Well, of course, when I write here, I guess someone will ask, in addition to the extreme cases you mentioned, WeChat and Alipay can not be used. How do I feel that the central bank is not very useful for digital currency?? A kind of
Wrong! absolutely wrong… A kind of

you underestimate security! It seems useless to be able to use it under extremely bad conditions (such as earthquake, natural disaster, war, etc.), but in fact, this is a real “nuclear weapon strategy”. Can you see that the United States, Germany, Britain and the European Union are trying their best to develop this technology?? A kind of

and that’s just what you see on the surface. A kind of

in fact, the most profound meaning lies in the following: the central bank’s digital currency may also have a great role, that is, to seize the opportunity, prevent the financial challenges that the United States may launch, and ensure China’s financial security. A kind of

in today’s world, there is not only one US, but two “us”. A kind of

one is the United States that people can see, and the other is the global and invisible US dollar capital empire. A kind of

US dollar hegemony is the invisible “black hand”!! This is the lifeblood that the United States has been holding in its hands, and it is also a tool used by the United States to sanction other countries. There are two main tools for this tool: one is the US dollar as the representative of the global currency, and the other is its global monetary settlement system swift! A kind of

in this case, the United States has cut off the swift channel of which country, turning it into an isolated financial Island, losing its connection with the international financial market and being difficult to trade with other countries. A kind of

a few years ago, the United States imposed sanctions on Iran, which first prohibited Iran from using US dollars for trade settlement, and then Iran began to use euro or Japanese yen to settle accounts, and went through the international settlement system of swift. Unexpectedly, the United States cut off Iran’s swift channel. A kind of

the economic collapse of Iran is a lesson for us!! Although it seems very difficult for us to launch financial sanctions and cut-off on Iran by the United States against China, it seems that it is a small probability event, but everything is not afraid of 10000, just in case! A kind of
We have to prevent… A kind of

the digital currency of the central bank is an important backhand for China to break the financial blockade of the United States and frighten the Americans to act recklessly!! A kind of

and relying on the blockchain technology and decentralization technology behind the digital currency of the central bank, we can not only bypass the international settlement system monopolized by the United States, but also jump out of the five finger mountain of the US financial system. A kind of

looking at the essence through the phenomenon, it seems that today is only a simple upgrade and digitization of RMB. A kind of

behind the hidden game, in fact, a ring set of a ring.. A kind of

not to mention, the national issuance of digital currency will greatly reduce the cost of issuing currency! A kind of

as for other things, such as robbery and theft, corruption and corruption are basically impossible to do – illegally obtained money can be found in minutes from where it came from, what links it went through and where it ended up! It’s all transparent and digital. A kind of

in a word, this is a new method of value transmission with almost no harm. A kind of

2200 years ago, the first emperor of Qin Dynasty annexed six countries, and unified the two coins of Qin Dynasty. In a vast country, he took the lead in using a unified currency. A kind of

today’s China has taken the lead in developing the ultimate “offline payment” strategy in the world! A kind of

it is also the first digital currency with sovereign currency as anchor in the world. In a certain sense, it is not the great cycle of international historical status! A kind of

writing here, the author suddenly remembered Liang Qichao’s blessing to China a hundred years ago. A kind of

at that time, Liang rengong was so eager to see that China could regain the great rejuvenation scene! A kind of

the red sun is rising, and its road is bright. The river flows in and out of the river, and the ocean overflows. A kind of 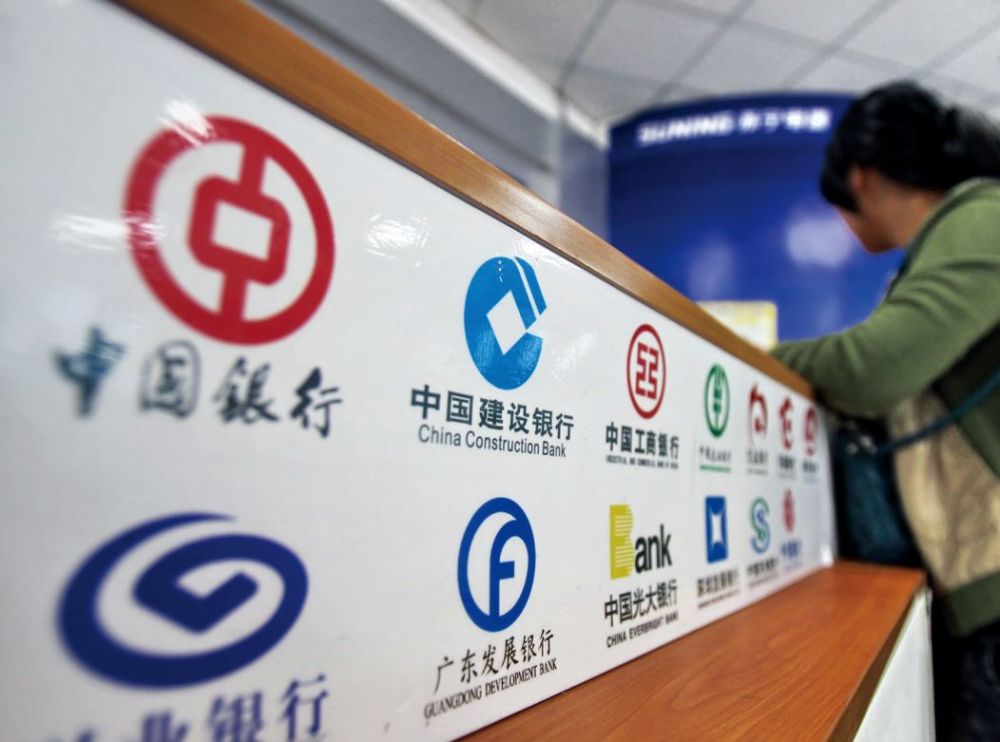 . The roaring valley of suckling tigers makes all the animals panic. A kind of 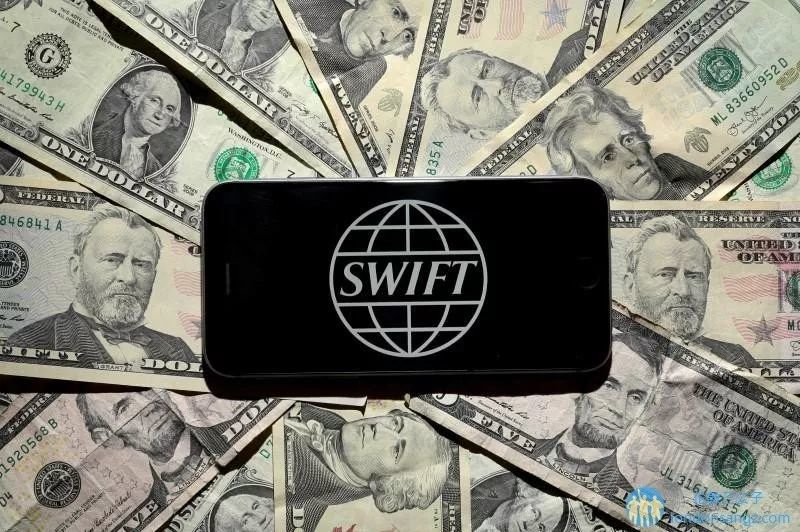 2020-12-19
Previous Post: The current “rotten Street” three mobile phones! Each one is really fragrant. Do you have one?
Next Post: Putin: Western media “almost didn’t paint me tusks”