original title: Kim jong UN visited the front-line disaster areas in succession to crack down on “tofu dreg” projects, this new title is worth noting

the top leader of the democratic People’s Republic of Korea (DPRK) Kim jong UN visited the site of typhoon-hit areas including sinpo city and hongwon county in south hamgyong province, stressing the importance of design and construction supervision, rodong sinmun, the official newspaper of the workers’ party of Korea, reported Tuesday. Kim said that during the celebration of the Party’s Founding Day, he would not forget the party members and people’s Army officers and soldiers in the capital who are fighting on the front lines. Kim stressed that some units in Gangwon and Hamgyong provinces will be severely punished for their “shoddily constructed projects” that violate design and construction norms. 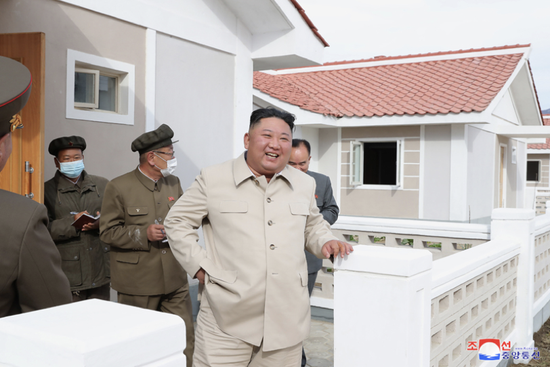 Kim jong UN said during a visit to the north hamgyong province, which has a backward living environment, that 25,000 housing units will be built in places such as daxin and jide to create “model mountain villages”. This is also another visit of Kim Jong UN to the disaster area after he went to the South Hamgyong Province Gyeduk mining area on June 14 to guide the post-disaster reconstruction work. 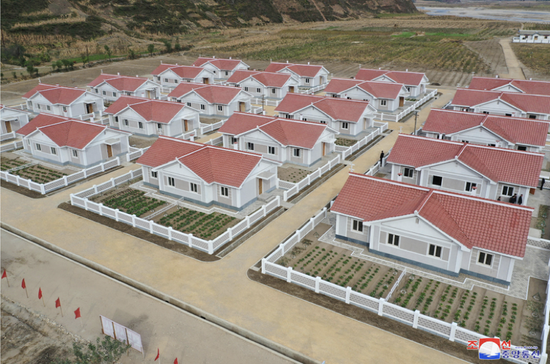 hamgyong road was hit by typhoon mesak (no. 9) and typhoon posetus (no. 10) in September. In this regard, Kim Jong UN published a personal letter, instructing party members in the capital to go to the affected areas to start the repair and reconstruction work.

as Kim jong UN toured the disaster zone on a regular basis, south Korean media noticed a subtle change in his title.

south Korean unification ministry official said it remains to be seen whether north Korean media’s reference to Kim jong UN as “commander-in-chief of the armed forces” during a military parade marking the 75th anniversary of the workers’ party of Korea means a change in his status.

the official said north Korean media had been using the title “supreme commander” before the parade, and this was the first time it had been renamed “commander-in-chief”. Experts believe the supreme Commander is a wartime title that North Korea USES in peacetime, the official said.

however, kcna reported that the title “supreme commander” continued to be used that day, so it will take some time to see the exact meaning of the change in the title.