Is there any cure for the American disease?

“reference headlines” recently launched a series of “America is sick” reports, combing the following symptoms of “America is sick” : politicizing scientific issues, wearing a mask or not being seen as a political “team”; Grabbing medical resources, even from Allies; Abdicate international obligations, default on who fees and, without a word, “withdraw”; Spreading conspiracy theories and trying to “dump the blame” on other countries; Brandishing the big stick of sanctions and wanton interference in other countries’ internal affairs; The US warship is still on the rampage in the world even though the army is seriously affected by the epidemic… Is there any cure for this American disease?

this morning (Beijing time), an unexpected but regrettable news came from across the ocean: the number of confirmed cases of covid-19 in the United States has exceeded 8 million. In less than a month, the number of confirmed cases in the United States has risen by a million. Those more than 8 million cases mean one in 41 Americans will be infected with coVID-19.

CNN quotes one of America’s top infectious disease experts as warning that infection rates could be very high by the end of the year. Other medical experts say the country is in for “a very difficult winter.”

academics are pessimistic, but politicians are unconvinced. In his first campaign rally since recovering from his illness this week, Mr Trump danced and told supporters who did not wear face masks that he wanted to give them “big kisses”. U.S. Secretary of State Mike Pompeo, on the other hand, went on to “lie through his teeth” and accuse China of not letting them find out the true source of the virus.

“dump the pot”, lie, ignore science, do as you please… American politicians are playing by the usual playbook, as if the soaring number of diagnoses is just a number.

corresponds to “8 million confirmed cases”, another “8 million” also directly describes the tragedy of the epidemic. The number of people living in poverty in the US has risen by 8m since May, despite the 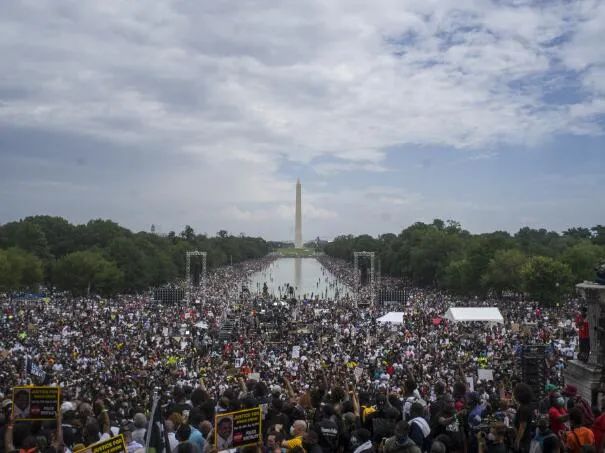 it has been more than half a year since the outbreak of covid-19. Perhaps no one could have imagined that the United States, once the “city on a hill,” had delivered an inattentive, irresponsible and ineffective response to what was supposed to be a test of the policy response of nations. Behind it, there are political disputes, racism, polarization between the rich and the poor and other issues of social injustice.

in July, a poll showed that more than 60 percent of americans believed the United States no longer deserved to be the shining city on a hill, the world’s role model. The COVID-19 epidemic is both a “touchstone” and a “mirror”, revealing the political crisis, institutional defects and social ills that have accumulated in the US.

> the New York times recently published an article saying with emotion that the new crown did not become the “chernobyl” of China, but the Waterloo of the United States. In addition to concluding that “China is far better at protecting its people than the United States,” the article’s author, Thomas Friedman, was more straightforward: the diseases we suffer from today cannot be cured with a coVID-19 vaccine. We have lost trust in each other, in institutions, in the most basic sense of right and wrong.

politicization of scientific issues, wearing masks or not, is seen as political “taking sides”; Grabbing medical resources, even from Allies; Abdicate international obligations, default on who fees and, without a word, “withdraw”; Spreading conspiracy theories and trying to “dump the blame” on other countries; Brandishing the big stick of sanctions and wanton interference in other countries’ internal affairs; The US warship is still on the rampage in the world even though the army is seriously affected by the epidemic…

the lighthouse was not very bright. While the promise of “make America Great again” has not yet been fulfilled, the “America First” epidemic figure in the United States has fully manifested itself. This is the great irony of reality for American politicians.

now, the winter is coming, suffering the pain of the epidemic but clinging to the “cold war” script – such an American disease, there is no cure?